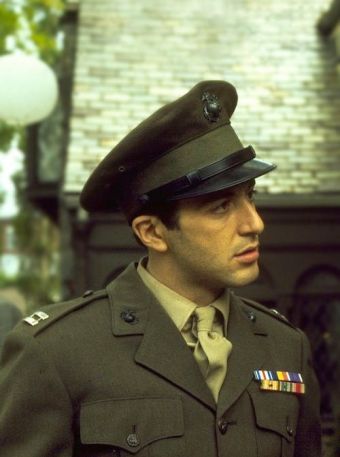 Cosa Nostra carries out different functions: protective, extractive, and redistributive (Tilly 1985)  that mirror those of a state and, therefore, turn the organization into something more than a simple loose confederation of organized ‘self-made’ criminals. Norm internalizations at the micro level may obtain enormous macro-level outcomes. They (1) carry out ‘intelligence’ activities typical of a state, such as those linked to searching and punishing possible spies within the territory under their control; (2) tax for the passage from one city to another city of any illicit contraband (e.g., drugs, weapons, laundered cash, humans, etc.); (3) collect profits, protect and control the production areas; (4) recruit and provide subsistence to the marginalized peoples living in underdeveloped regions; and (5) deliver a wide range of social services to the population in need (see Cerami 2013, p. 16). Understanding the institutional and social mechanisms that influence these attempts at nation-building (McCants 2012) is therefore crucial.

Cosa Nostra can be described as a quasi-federal system in which a sufficient degree of decentralization among the various units of the policy-making process (the mandamenti and provinces). The territorial structure of Cosa Nostra consists of mandamenti (administrative districts) that have links to the larger provincia (provinces). With some exclusions, such as in the case of the province of Enna that has a more fluid territorial organization with no clear division in mandamenti, the responsibility for decisions follows this territorial arrangement, acting from the lowest to the highest territorial level in relatively independent ways. Each group, known as a ‘family’, ‘clan’ or ‘cosca’, claim sovereignty over a territory in which it operates its rackets. The boss usually rules autonomously over a mandamento (capo-mandamento), while more capi-mandamento, not necessarily sharing the same interests and needs, are part of the commissione provinciale (provincial commission), whose representatives once go to the commissione regionale (The Cupola or The Commission). This Commission, like the one introduced in the movies,  does not exist anymore. Other forms of local, regional, national and transnational governance are being created. A list of the Direzione Nazionale Antimafia’s most recent activities is available here.

In movies and in TV series, Cosa Nostra is portrayed as having a solid pyramidal command structure of a typical clan, but, as it will be shown, its functioning is much more nuanced. In general terms, however, it is not false to affirm that a famiglia (clan) is led by a capofamiglia (boss), who is aided by a second-in-command (a sotto capo or ‘underboss’) and one or more consiglieri (advisers). Under his command are crews of about 10 ‘soldiers’, each led by a capodecina (or sometimes called caporegime, roughly translated as ‘chief-ten’). The most powerful boss is often referred to as the capo di tutti capi (‘boss of all bosses’), who, supposedly, commands all the clans of Cosa Nostra. In reality, such position hardly exists.

According to the pentito (state witness) of Cosa Nostra, Tommaso Buscetta, this is a mystification of the reality, since Cosa Nostra shares many features of a ‘direct democracy’ with several transnational ties established during the years (see also declarations of state witnesses Leonardo Messina and Francesco Marino Mannoia) (Paoli 2003). So it can happen that some deliberations of the chief clans recall the democratic consensus-oriented approach of modern democracies with different capi-mandamento having equal voice, while in other occasions, a quasi-feudal system of functioning emerges. An example of the first case can probably be given by the Pizza Connection, where the overall strategy of Cosa Nostra concerning the trafficking of drugs with the United States were decided by ‘qualified majority voting’. Whereas an example of the latter case can, by contrast, be given by the terroristic approach decided by Toto Riina and Bernardo Provenzano in the early 1990s. In this occasion, the decisions of the Commission were monopolized and no ‘political consultations’ among the members were opened (for a review see Falcone and Padovani 1991; Gambetta  1993 ; Paoli 2003; Dickie 2004; DNA 2008). In reality, the system of political and economic governance of Cosa Nostra is hierarchic, authoritarian and patriarchial.

However, simple decision-making processes happen, seldom, as the members of the clans must share important parts of the decision- and policy- making with their institutional controllers. Not rarely, members of the clans have been arrested and therefore they are subjected to different forms of ‘post-blackmailing’. Some of them feel constantly threatened by local police authorities and, when in jail, some of their wives or lovers remain alone in ‘strange hands’. Prostitution or rape of ex-clan members’ wives becomes, in this way, a way of humiliating the prisoner in inter-clan battles as well as a way to force ‘collaboration’ with police authorities. The access to the official labor market is, in fact, characterized by the presence of interdependencies established by the different actors responsible to control the territory.  Help from national authorities does not arrive easily. It does not arrive at all.

Comparing and applying the system of governance present in Cosa Nostra to the one existent in various national and supranational set-ups is like comparing apples with oranges (or bananas), since there are several similarities and differences.

The members of Cosa Nostra – the successor of the Beati Paoli –  share important ties with other confraternities, some of them are Freemasons (see blog post Historical Legacies of Cosa Nostra). As recent investigations have demonstrated (see my blog post on MassoMafia but also recent investigations in Palermo, linkages with masonic or para-masonic lodges are important for future business creation. However, these investigations have probably been wrongly centered on the Grande Oriente d’Italia, and the so-called ‘integrated criminal system‘ (Scarpinato 2016), excluding a variety of other confraternity-like organizations, such as the Cavalieri di Malta, the Cavalieri della Mercede, Comunita’ di Sant’Egidio, Opus Dei, Neocatecumenali and other ‘noblesse’-driven freemasons (eg. rotary clubs).

The Sicilian ‘mafia’ also shares several features with the Nigerian mafia. These include: 1) a system of cells (called in Nigerian Forums) with local chiefs, called in Nigerian ‘capones’ (from Al Capone), which estabish ties with other national and international chiefs of cell of like-minded ‘brothers’; 2) a university confraternity system of governance with similar initiation rituals, which can also have a sexual character; 3) young women forced through prostitution through esoteric practices (including sex magic) and other brain-washing activities; 4) confraternities that become places where politicians can ask to buy and sell electoral votes  (see Sparaciari 2017; UNODC 2014, 2016).

In fact, Cosa Nostra is also a transnational entity, it has established ties with other transnational criminal organizations and associated integrated systems, such as Eastern European, Russian and of former Commonwealth of independent States. If once the trade of drugs, women and weapons were key components, now it is the Agromafia business (such as oranges, tomatoes, etc.). Access to EU common agricultural policy funds (and others) is a very lucrative business. It is also a way to bypass country-specific quotas.

However, it is a myth that members of Italian Cosa Nostra have the control of resources. Since the weakening of the organization due to the different ‘arresti eccellenti’ (important arrests), Eastern European (especially Romania), Russian and other former soviet states are gaining control of the agromafia business. The numbers of Eastern consulates is, strangely, exponentially increasing in the last years. Local authorities seem to be well aware of the so-called ‘Laundromat’ problem (see also Podobnyy compliant) …

Some members of the US military and secret services seem also to be, to some extent, interested. This can be explained by counter-espionage purposes, though it cannot be excluded a priori also for trade-related issues concerned with the distribution of Italian goods in the US territory (see, for example, Pizza connection or the EU-US Trans-Atlantic Trade and Investment Partnership -TTIP-). Linkages with former Italo-American mafiosi in New York, Chicago and California are, in fact, well-known…The author of this blog does NOT like the establishment of such illicit trade-related, profit-oriented ties. Dana Scully and Fox Mulder would not agree. Not even the US Central Command in Washington DC….