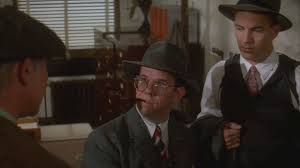 As in many other modern societies, Cosa Nostra has also established its own welfare regime able to play key social stratification and de-commodifying functions (see Esping-Andersen 1990). These, in turn, help to stabilize and consolidate the criminal system. The ‘criminal-fare regime’ is based on the professional affiliation of members and has its source of financing in the transnational criminal market economy. It covers the members of Cosa Nostra and their families from a variety of socio-economic risks. These involve income maintenance in case of temporary or permanent unemployment (temporary or permanent imprisonment or absconding), as well as the access to a system of health care services (either through the national health service or, when this is not possible, by affiliate doctors), family support, children school grants, up to disability, survivor and old-age benefits.

The ‘criminal-fare regime’ can be put into the category of the tax-financed social security systems, but with some anomalies. While the system is financed through general taxation, benefits are professional related and exclusionary. Direct and indirect taxes are collected from the entire resident population of a country where Cosa Nostra is active (even non-members to the system contribute voluntarily and involuntarily to the system), but benefits are distributed solely on the base of the professional affiliation to Cosa Nostra. In terms of modes of access to benefits and benefit structure, the ‘criminal-fare regime’ does not correspond to a classical Bismarckian welfare system (see Palier 2009) either. Important asymmetries in the distribution of wages and, subsequent, benefits exist. The monthly wage (la mesata) that the members or affiliates of Cosa Nostra receive differ from clan to clan and from job to job. So, it can happen that two different members of Cosa Nostra receive different wages for the same position. Indicatively, according to a survey conducted by SOS Impresa (2009, p.10), a capo-clan (chief clan) usually receives between €15,000 and €40,000 a month; a capo-mandamento between €5,000 and €10,000; a vice-capo mandamento between €3,000 and €5,000; a killer or person involved in criminal attacks between €2,500 and €25,000; and a tax collector, pusher or sentinel approximately $2,000 ($1,500  in case of a pusher below the age of 18 years). As noted by SOS Impresa, Cosa Nostra seems also to pay serious attention to its ‘human resources’ providing incentives for the best ‘picciotti’.

Tough no precise information is, at present date, available, welfare benefits follow, in principle, the asymmetrical system of wages but with some decreases in the sums due to the inactivity of ‘workers’. In terms of management, the system of social protection of Cosa Nostra, by contrast, fully resembles other Bismarckian welfare systems with decentralized autonomous ‘social security’ funds administered by the clans, with representatives keeping a libro mastro (ledger) of revenues and expenditures. If a classification of the ‘Mafia welfare regime’ has to be provided, then it could be affirmed that this system of social protection is a hybrid regime, between a highly patriarchal Beveridgean and Bismarckian model. It is tax-financed concerning the collection of resources, but it is social insurance-based concerning the professional orientation of income maintenance.

Cosa Nostra is also being called to deal with the double challenge of increasing welfare expenditures while finding new budget resources. Table 1 shows, for example, that approximately €600 million are necessary each year to cover the wages of the Italian bosses, members and affiliates, €450 million for affiliates, €90 million for prisoners, and €30 million for the fugitives. To these, costs for logistics such as dens, networks and weapons (€450 million), for corruption activities, for consultants, experts, and legal expenses (amounting to approximately €2.75 billion) should be added.

In reality, the costs for covering the living expenses of the members and their associated families are higher than the income for illicit activities, as only few people in Sicilian cities seem to display a wealty life-style (and this in spite of the ‚code of humility‘, see my other blog). This raises serious doubts on the real beneficiaries of national and international illegal trades in the so-called ‚integrated criminal system‘ (see other blogs here, here and here).

What happens when a male member of Cosa Nostra ends up in jail? Who pays for the daily survival of his wife and children? The question here is tricky. Children should, in fact, not be punished for the crimes of their fathers, so, at least, has been said. In this case, the criminal organization tends to provide minimal subsistence. However, it is not rare that some wives end up as prostitutes. This also applies to the wives or the daughters of the so-called ‚pentiti‘. Similarly, children of a clan‘s member, once raised in a criminal environment, are likely to reproduce the same criminal behavior of their fathers. This obviously requires urgent actions.