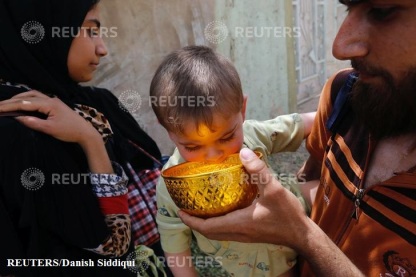 The social security system in Iraq is based on the social insurance principle and depends on the attachment of citizens to the labor market or, when not accessible, on informal social security arrangements provided by the members of the family or the tribe. Due to the oil-based orientation of the economy, public sector employees represent a larger part of the insured persons in Iraq. In order to protect uncovered citizens, the government of Iraq has established a Public Distribution System based on state-sponsored fuel subsidies and rations. The implications of this system are, first of all, high dependence from state-owned enterprises and state-driven labor market performance with a residual neo-liberal coverage for the non-employed, and, second, to food rations distributed to approximately 99 percent of the population (El Mekkaoui de Freitas and Johnson 2012, p.9). The fiscal space for such policies, therefore, greatly depend on oil revenues and state-budget availability of funds.

With regard to pensions, these rely on the social insurance principle, which implies that only workers in formal employment have access to retirement. Self-employed persons, agricultural employees, temporary employees, household workers, and family labor are excluded from pension entitlements. This situation becomes particularly worrying in the case of disability and survivor pensions, especially in a war-setting environment. The public distribution system is set to cover this deficit, but, as mentioned, it is often subjected to a lack of funds due to the drop in oil prices.

Similarly, access to health care is based on health insurance contributions. This implies that in absence of state-sponsored provisions only employed persons have access to full coverage. Important to note is that the subsequent wars in Iraq have destroyed most of the health facilities and this has, subsequently, resulted in a lack of infrastructures, medical equipment, personnel and medicines. As a report by UNOCHA (2015, p.2) has shown, approximately 20 per cent of the population (7 million people) cannot access even the most basic health care services, with women and children particularly vulnerable to poverty related diseases, forced marriage and sexual violence. The public health emergency in Iraq requires the reestablishment of basic medical services, especially in those areas controlled by armed groups where about 50 percent of health professionals have fled[1].

With regard to protection against unemployment, jobs are mostly provided by the state, unemployment insurance covers only a small part of the population. Usually, this involves those citizens who have worked in state owned enterprises and are attached to national and local political elites. Interesting to note is that employment protection law dates back to 1964 (with subsequent amendments) and, therefore, it has been established in a period antecedent to Saddam Hussein’s rise to power. It is based on the social assistance principle, though highly residual in scope and coverage (US Social Security Administration 2014).

Finally, maternity and family benefits are also based on the social insurance principle and, thus, covering only a very small part of Iraqi women. In absence of full and decent employment, women continue to be seen as wives-mothers rather than active participants in the labor market. This is also, to some extent, represented in the attitudes of the Iraqi population toward women. According to the Arab Barometer for Iraq (2012, p.28), approximately 72 percent of respondents state that ‘men and women should have equal work opportunities’.